Jerrye Broomhall was born in Sapulpa, OK in 1968 and graduated high school there in 1986. She went to the University of OK, but dropped out and moved to SF where she later became addicted to heroin. She supported herself working as a lab assistant and her boyfriend, Kelly worked as a prep cook. She moved back to OK when her addiction finally overwhelmed her. She cleaned up and relapsed countless times and eventually turned to crime. She has two wonderful sons ages 11 and 13 and missing their childhoods is her biggest regret. She has served nine years of a mandatory twenty year term for armed robbery. She finished her bachelor's degree in 2008 and she is currently completing her master's thesis for an MA in humanities from Cal State University. Upon her release, she wants to be a community college instructor and a community activist helping other ex-offenders reintegrate into society. She currently works as a law clerk and mothering her two sons from a distance. 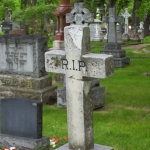 Every year the legislature approves the necessary extra millions to keep Oklahoma’s mass imprisonment binge solvent. Due to the economic downturn, however, the funds are no longer available and the mandate to fund Oklahoma’s prisons is no longer compelling to the cash-strapped legislature.