Joey L. Mogul is a partner at the People’s Law Office in Chicago and director of the Civil Rights Clinic at DePaul University’s College of Law.  She is a co-author of Queer (In)justice: The Criminalization of LGBT People in the United States, along with Kay Whitlock and Andrea J. Ritchie.

Lesbians and the Death Penalty: Comments from 'Race, Class, Gender and the PIC'
by Joey L. Mogul 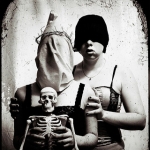 In this panel presentation, that occurred as a part of Voices in Time, Lives in Limbo, People’s Law Office attorney Joey Mogul provides troubling examples of the manipulation of gender stereotypes by prosecutors in order to sentence women to death. As 40% of women on death row are or have been accused of being a lesbian, Mogul offers a compelling argument regarding how the defeminization and consequent dehumanization of women defendants can lead to harsher sentences. 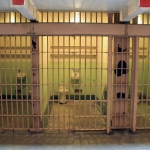 The following selection is excerpted from "Caging Deviance," a chapter in Queer (In)Justice: The Criminalization of LGBT People in the United States. The authors highlight the specific instances in which the penal system punishes gender nonconformity and queerness not only through disciplinary prison regulations, but the denial of health care to queer inmates, particular those living with HIV/AIDS.