Jordan Flaherty is a journalist and staffer with the Louisiana Justice Institute. He was the first writer to bring the story of the Jena Six to a national audience, and his award-winning reporting from the Gulf Coast has been featured in a range of outlets including the New York Times, Mother Jones, and Argentina's Clarin newspaper. He has produced news segments for Al-Jazeera, TeleSur, and Democracy Now, and appeared as a guest on CNN Morning, Anderson Cooper 360, and Keep Hope Alive with the Reverend Jesse Jackson. His new book is Floodlines: Community and Resistance from Katrina to the Jena Six. 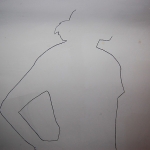