Laurie Schaffner is the author of Girls in Trouble with the Law, (Rutgers 2006), a qualitative study of court-involved girls. Her other work includes Teenage Runaways: Broken Hearts and “Bad Attitudes” (NY: Haworth Press, 1999), co-editorship of Regulating Sex: The Politics of Intimacy and Identity, (Routledge 2005), as well as articles for Crime and Delinquency, Adolescence, Social Justice, Hastings Women’s Law Journal, and International Journal of Children’s Rights. Her writing has earned awards from the American Sociology Association, the Society for Applied Anthropology, and the American Society of Criminology. She co-founded the San Francisco For Girls Coalition (1996) and the Chicago Girls Coalition (2000), where community advocates, scholars, and young women come together to focus on girls in adolescence. She is an associate professor of Criminology, Law, and Justice at the University of Illinois at Chicago. 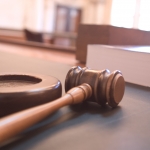 In this article, created as testimony for hearings into the “problem of girl-on-girl violence” held in Chicago, Schaffner challenges the idea of rising violence among girls and makes concrete suggestions about ways we can support girls. 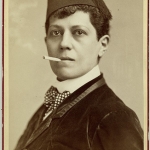 Laurie Schaffner’s essay challenges the ways that juvenile justice programs aim to help girls by working in ‘gender responsive’ ways. She claims these programs often do little besides training young girls to ‘have manners’ and ‘talk about their feelings,’ as opposed to critically understanding the ways in which gender functions. Schaffner suggests that gender-specific interventions should be responsive to young women’s lived realities, including experiences of racism and poverty.