Patricia O’Brien has a long history of activism, social work practice, education, and research focusing on women’s concerns in Kansas City, Little Rock, AR and in Chicago. As a social worker, she worked as a staff member in three different shelters for battered women. From her work with battered women, she began working with incarcerated women both as an individual advocate and a mutual aid group leader. From this base, she developed her dissertation study exploring the transition out of prison by formerly incarcerated women who identified themselves as successful in managing reentry. The study was subsequently published as Making it in the “free world”: Women in transition from prison by SUNY Press in 2001. After completing her PhD at the University of Kansas, she assumed an Assistant Professor position in 1997 at the University of Illinois at Chicago/Jane Addams College of Social Work, and was awarded promotion and tenure in 2003. 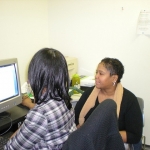 O’Brien describes the difficulties that women face in returning to the community after prison. She addresses the major areas of concern in women’s reentry: relationships with their families and children, housing, relationships, substance abuse and recovery, and employment. For each of these areas, O’Brien lists specific policy changes that could have a positive effect on women’s abilities to rebuild their lives upon their return.