Rachel Roth was a 2006 Soros Justice Fellow who writes about how prisons affect women's reproductive rights. She has worked as a professor and as a research fellow at Ibis Reproductive Health, and is the author of the book Making Women Pay: The Hidden Costs of Fetal Rights, co-author of the report Abortion Funding: A Matter of Justice, and a contributor to Defending Justice: An Activist Research Kit.

Will the Justice Department Stand Up for Women Raped in Prison?
by Rachel Roth

Eight years ago, Congress acknowledged the brutal fact of systemic sexual assault behind bars by unanimously passing the Prison Rape Elimination Act (PREA). The Justice Department is now poised to issue final rules to implement the law, which makes federal funding to prisons and jails contingent on improved staff training, availability of medical and psychological services for people who suffer sexual assault, investigations and publicly available data about reported assaults. 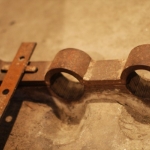 This article is a discussion of incarcerated women’s abortion rights. The article also discusses the difficulties of carrying a pregnancy to term on the inside and the risk that women will lose their parental rights if they have to put their children in foster care.


Reproductive Rights in Theory and Practice: The Meaning of Roe v. Wade for Women in Prison
by Rachel Roth

This article is an overview of women’s health care in jails and prisons, with special attention to access to reproductive health services. It was written for the anniversary of Roe v. Wade, and the theme is that no one really has a “right” or a “choice” if she doesn’t have access to the resources needed to carry out that choice. The article highlights two recent studies that are the result of collaborations between prisoners’ rights groups and public health students. 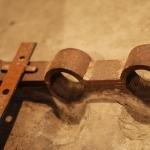 On March 23, Washington governor Chris Gregoire signed a law to prevent the shackling of pregnant women during labor and childbirth, after a successful campaign that included testimony by women who spoke out about what happened to them when they were imprisoned.


Pregnant, in Prison and Denied Care
by Rachel Roth 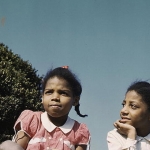 "But what happens to pregnant women in prison before they wind up in chains at a hospital?" asks Rachel Roth. Roth tells three chilling stories of medical neglect and lack of compassion for women awaiting childbirth behind the prison walls.