Sonya West was born October 15, 1971. She grew up on Chicago’s West Side. She grew up in a family of six and is the baby girl. At the age of 18 she got caught up in a life full of drugs and alcohol. She had eight kids of her own. She got married in 2000 to the man of her dreams. In 2004, she started having marital problems and she separated from her husband. She was in a relationship with another fellow and they were alcoholics and due to domestic violence she is in jail for second degree murder. Her sentence was 10 years and her outdate is 3-1-2013. 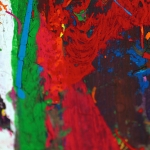 Introduction to a book of poetry about hope and faith.


Can’t I Have a Dream
by Sonya West 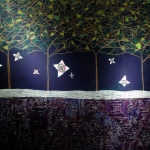 Everyone in this world has had some type of dream that they wished could come to reality. A dream that seems so real that you do everything in God's will to make it come true. Dr. Martin Luther King had a dream. Since he's had his, can I have mine.